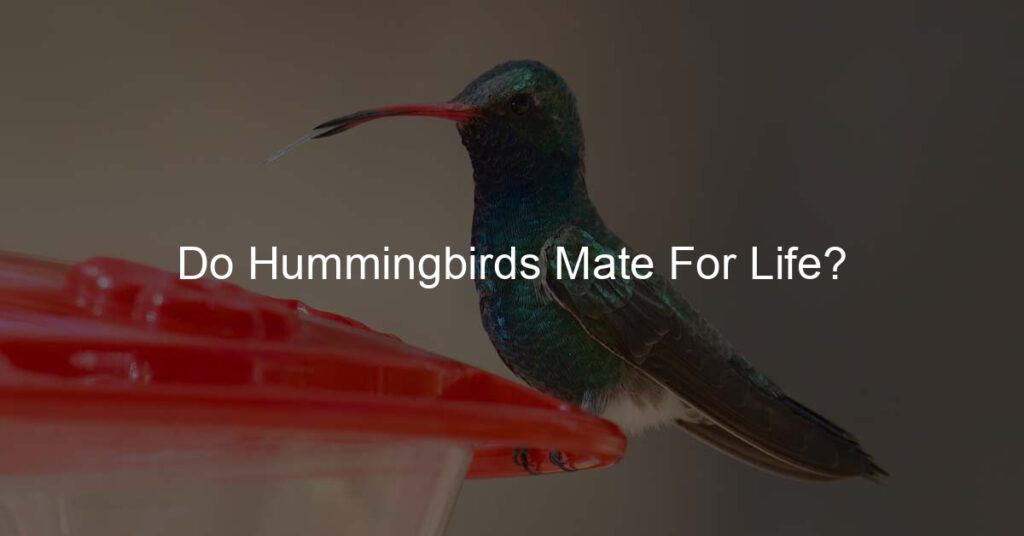 Have you ever wondered if hummingbirds mate for life? It may come as a surprise that these adorable birds, with their tiny wings and barely visible sounds, have a surprisingly complex mating system. From speed courtships to showing off their vibrant colors–deep emeralds, magentas, and blues–hummingbirds employ many intricate tactics for attracting mates.

In this blog post, we will uncover the mysteries of how hummingbirds select partners in hopes of finding true love or at least raising some healthy chicks! Read on to learn more about what is truly happening when hummingbird feathery wings appear outside your window – it’s not just a simple game of chance or luck!

Hummingbirds are a type of bird found in many parts of the world and they have become an iconic symbol of nature’s beauty and grace. With their vibrant colors, remarkable size, and immense speed, hummingbirds can be captivating to watch as they flit from one flower to another in search of food. But do these fascinating birds mate for life? In this article, we’ll take a closer look at what happens during mating season for hummingbirds and explore whether or not male and female hummingbirds remain devoted partners throughout their lives. 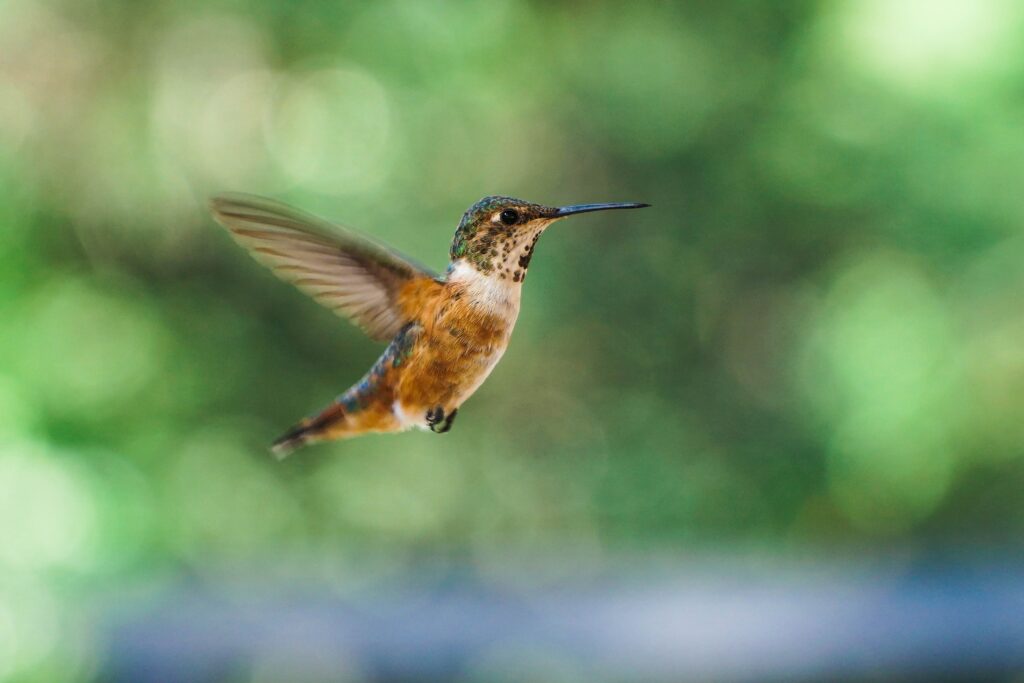 When mating season approaches, male hummingbirds become very aggressive and territorial, with many males vying for the attention of a single female. The types of bird species that take part in these mating rituals include ruby-throated hummingbirds, which are common throughout North America.

During this time male birds will aggressively dive-bomb potential mates as they attempt to win their favor. Female hummingbirds on the other hand will remain relatively passive during the courtship process and may even appear to be uninterested in any of the males chasing them.

Once a female has chosen her mate they will begin building a nest together where she can lay her eggs. While male hummingbirds typically take on the role of protector by chasing away any potential predators, female hummingbirds are responsible for constructing the nest and caring for the eggs while they incubate. To build their nest, a female hummingbird will collect downy feathers and grasses to create a soft bed that will eventually hold her eggs. She may also add moss or lichens to help insulate the nest and keep her eggs warm.

Learn More: When To Change My Hummingbird Feeder

What Other Duties Does She Have While Her Eggs Are Incubating?

Once the female hummingbird has laid her eggs and constructed her nest, she will then enter into a period of incubation. During this time, the female bird will remain in the nest with her eggs and diligently guard them against predators while they slowly develop. She may also take breaks from sitting on the nest to feed herself so that she can maintain her energy levels throughout incubation.

How Long Does It Take For Young Hummingbirds To Hatch From Their Eggs?

It typically takes around 15 to 18 days for young hummingbirds to hatch from their eggs. It’s important to note however that this timeline can vary depending on the species of bird and environmental conditions. For example, if the temperature is particularly warm during incubation, then it may take less time for baby birds to emerge from their eggs.

Learn More: When To Change My Hummingbird Feeder

Do Baby Hummingbirds Stay With Their Parents After They Have Hatched?

Once the baby hummingbirds have hatched they will usually remain in the nest with their parents until they are ready to fledge and fly away. During this period, both parents will take turns providing food for the young birds by collecting nectar and insects which they bring back to feed them. After they can fly, young birds will usually remain with their parents for a few more weeks before finally leaving the nest and venturing out on their own.

In What Season Does A Hummingbird Mate?

Most hummingbird species mate during the spring and summer months, although some may begin mating as early as February or March. During this time male birds will compete for the attention of females by performing aerial displays and issuing their characteristic chirps. Once a female has chosen her mate they will build a nest together and form a monogamous pair which may last through multiple breeding seasons if they successfully raise their young.

Learn More: How Can You Protect Hummingbird Feeders From Pests?

How Long Does A Hummingbird Live?

The average lifespan of a hummingbird ranges from 3-5 years, depending on the species. Hummingbirds with access to ample food sources and suitable nesting areas may live for up to 7 or 8 years, however, this is relatively rare for wild birds. Furthermore, some species such as the ruby-throated hummingbird have been known to migrate long distances each year which can add additional stress and fatigue that may affect their lifespans.

Learn More: What Is The Best Bee-Proof Hummingbird Feeder?

To answer our original question: no; hummingbirds do not technically mate for life since pair bonds typically only last for one breeding season at most before being broken up by migration patterns or new potential mates appearing on the scene. That said, many pairs do reunite each year when migration brings them back together—so some hummingbird pairs may stay together long-term!

All in all, it’s safe to say that while hummingbirds don’t always remain faithful to one partner forever (or even through winter), they are still fascinating birds with unique courtship rituals and remarkable migration patterns. 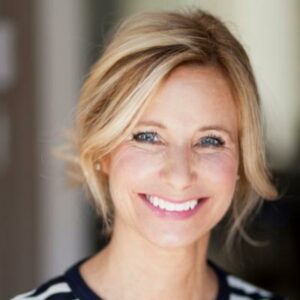 Hummingbirds just make me happy - in fact, I read somewhere that they represent happiness in Native American totems.
Let me tell you what I found about feeders from treating the hummingbirds in my back yard.

Hummingbirds just make me happy – in fact, I read somewhere that they represent happiness in Native American totems.
Let me tell you what I found about feeders from treating the hummingbirds in my back yard. 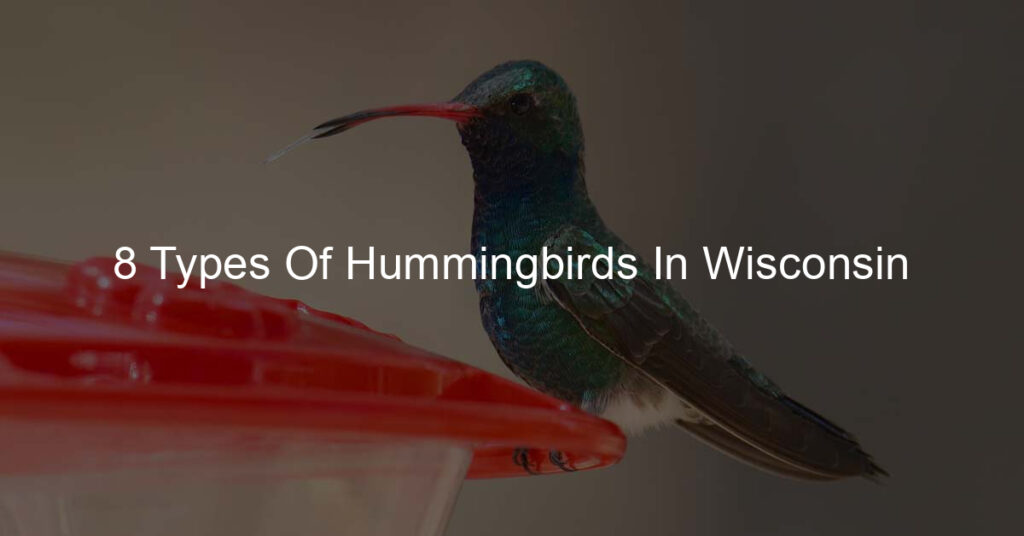 8 Types Of Hummingbirds In Wisconsin 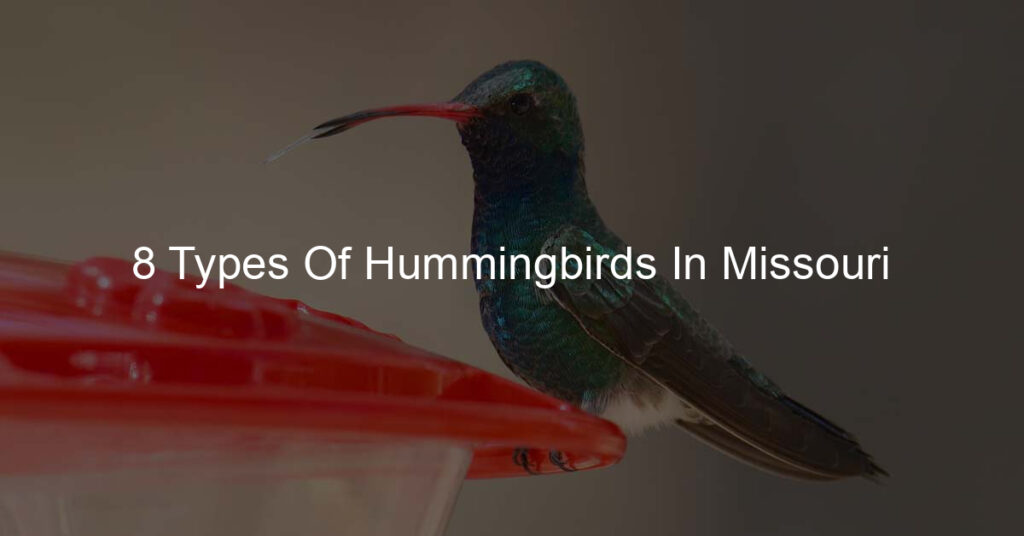 8 Types Of Hummingbirds In Missouri 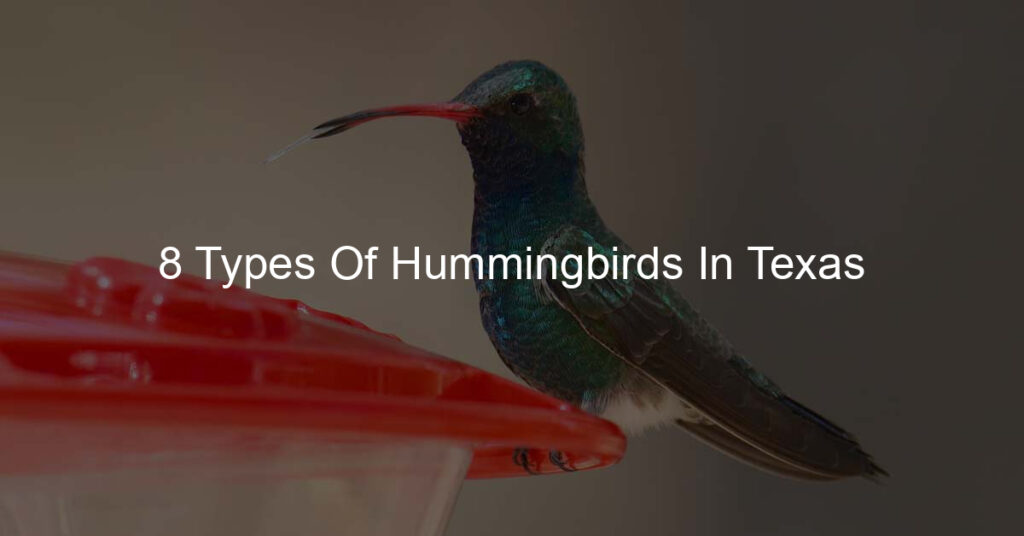 8 Types Of Hummingbirds In Texas 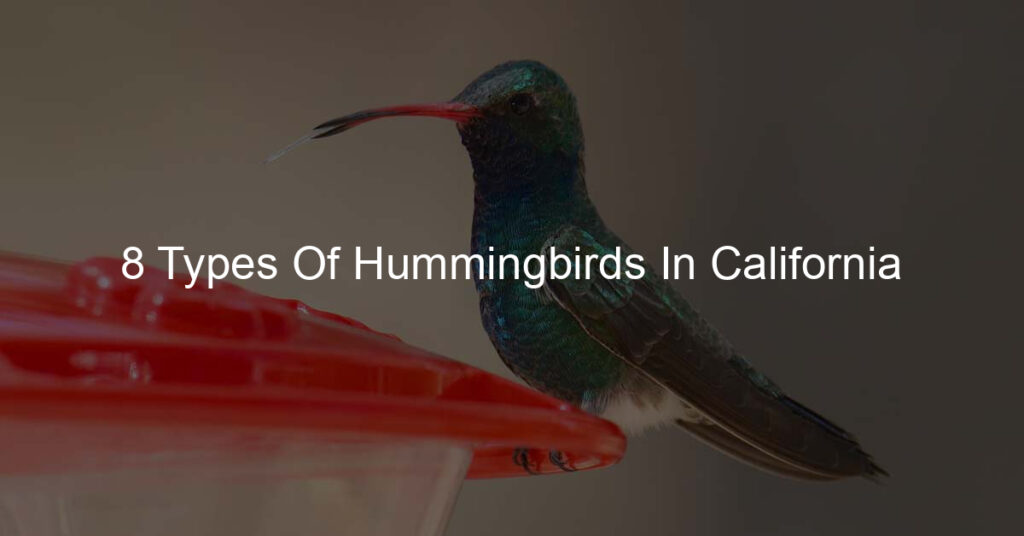 8 Types Of Hummingbirds In California 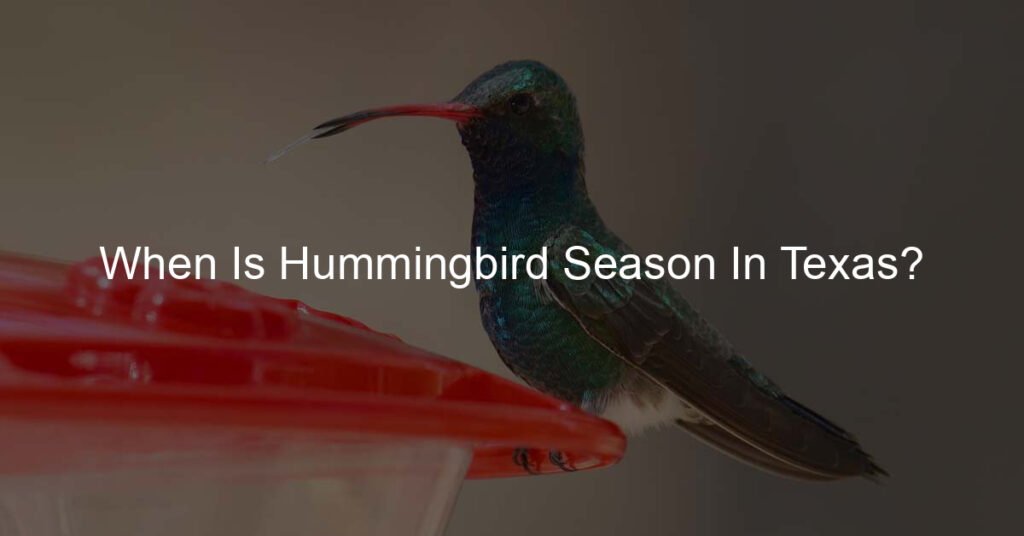 When Is Hummingbird Season In Texas? 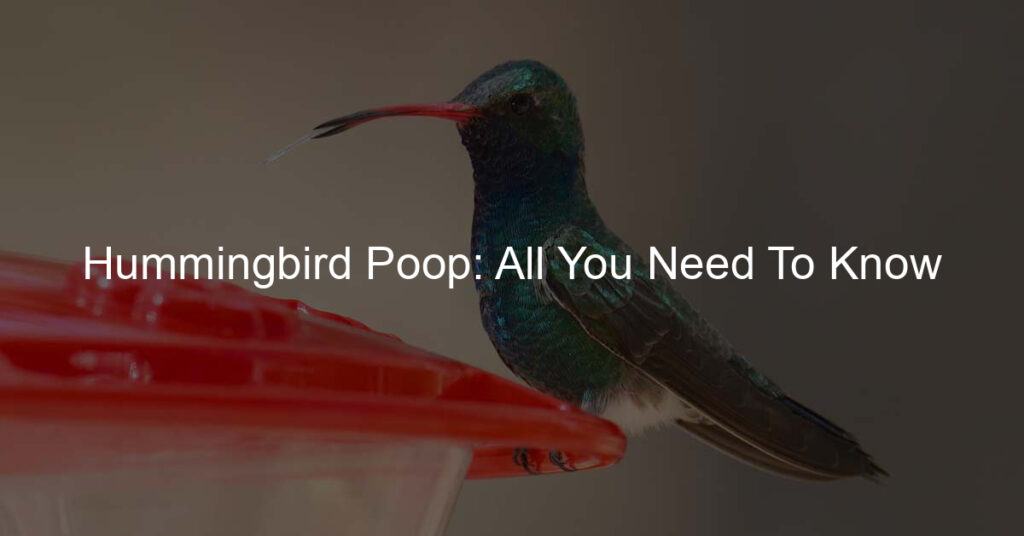 Hummingbird Poop: All You Need To Know

Did you see our favorites?

Yummingbird.com is a participant in the Amazon.com Services LLC Associates Program. As an Amazon Associate we earn from qualifying purchases.

Amazon and the Amazon logo are trademarks of Amazon.com, Inc. or its affiliates.